For my next GASP West Coast Update I am very proud to present one of the most talented new IFBB pro’s on the circuit, Big “Moe” Burgess. I met Moe back in 2016 backstage at an NPC competition and instantly knew I had spotted a future star in the sport. The type of physique he displays is of very rare shape, quality and proportion – appearing as if an artist literally carved it out of stone. Fast forward to 2020, and now he not only a pro, but also on my personal team of amazing athletes. I sat down with Moe to learn more about where he came from and where he plans on going. Enjoy!

Eric: Big Moe! I am so happy to be doing this interview with you exclusively for GASP! Why don’t we start with you telling me a little about yourself – How old are you? What do you do for work?

Moe: I’m 38 years old and I work as a production manager at Northrop Grumman.

Eric: What got you started in bodybuilding? When did you begin training? When was your first show?

Moe: Well I’ve always loved the sport since I was a kid, but working out at Gold’s Gym in Hawthorne and seeing the top bodybuilders working out, posing and doing photo shoots really got me intrigued. On top of that, people would approach me almost daily to tell me I should start competing. The manager of the gym at the time was Chris “Pyscho” Lewis and he also encouraged me to get onstage. However, I still felt I needed more time, so I kept training hard for two more years before asking for Chris’s help in preparing me for my first show. We set our sights on the 2011 Muscle Beach Competition, held on July 4th. I ended up winning both the novice and open heavyweight class, and that got me completely hooked. 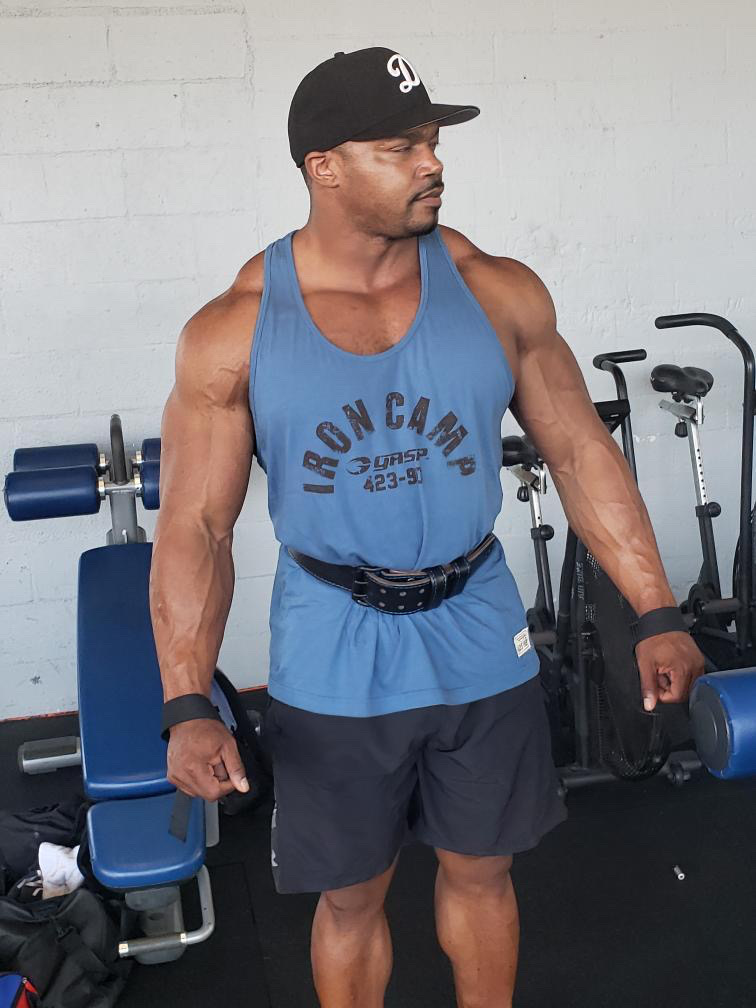 Eric: When you began your journey in the sport, were there any bodybuilders you looked up to?

Moe: I’ve always had a great admiration for the physiques of such men as Phil Heath, Dexter Jackson, Jay Cutler, Flex Wheeler, Chris Cormier, and of course – Arnold! Each of them had a very distinct and unique look that set them apart from the rest.

Eric: So you and I first met backstage at the (now defunct) NPC Ferrigno Legacy in 2016. When I saw you and watched you pump up I felt compelled to tell you how outstanding your physique was and that you would be a future pro. And guess what? I was right! However, on that day, you ended up getting a very controversial second place. How do you handle defeat. Does it drive you to work harder?

Moe: Eric I can remember that day like it was yesterday. It was a great show and I believe everything happens for a reason. Taking 2nd place when it seemed a sure bet that I was the deserved winner kept me grounded, and made me hungrier to strive harder and reach deeper. That controversial loss served a higher purpose.

Eric: You actually earned pro status at the NPC Master’s USA last December. How did it feel when they called your name and you knew you had officially joined the IFBB ranks? 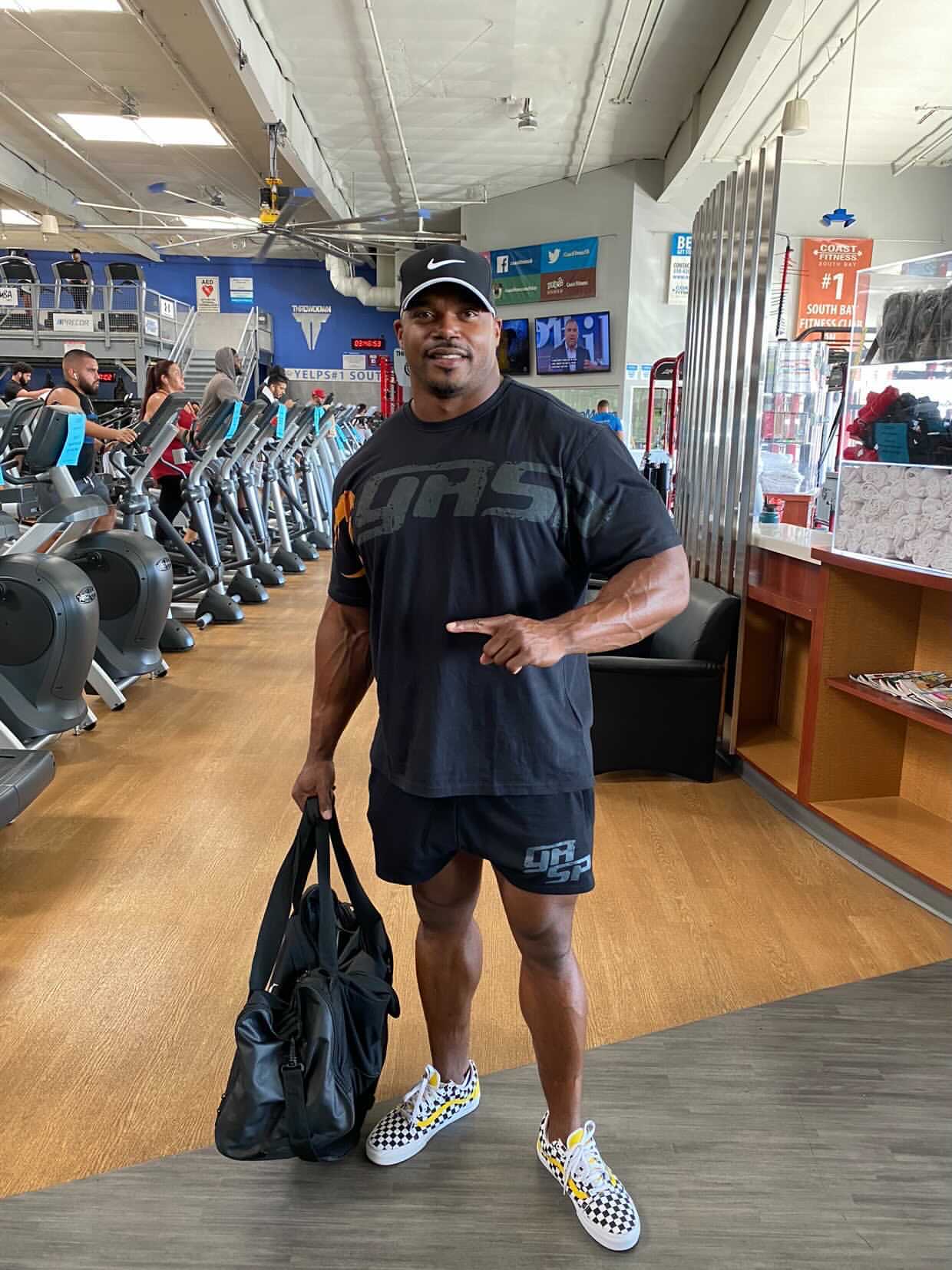 Moe: It felt surreal to me for the first week and it was such an amazing feeling getting messages from two former Mr. Olympia’s – Dexter Jackson and Shawn Rhoden - offering me congratulations.

Eric: You have an incredible physique with a crazy X-frame, full muscle bellies and a tiny waist. I have compared you to such legends as Flex Wheeler, Shawn Rhoden and Brian Buchanan. Obviously, your frame is the result of genetics, but it is your training that has allowed you to exploit your gifts. How do you approach your workouts to help create your classic lines?

Moe: The key for me is that I approach every muscle group with equal intensity and focus. I strive to build everything in proportion. Not only do I want size and density, but also superior shape.

Eric: Anyone who has watched you pose onstage can clearly see you work very hard on this aspect ofcompetitive bodybuilding. Are you self-taught or do you work with a coach on your presentation?

Moe: Actually Chris Cormier has been the most instrumental in my posing and overall stage presence. He taught me how to make each pose my own and how to make it look effortless. Meeting him while training at Gold’s Gym, Venice was definitely a huge blessing.

Eric: You just recently made your pro debut at the IFBB California State Championships. I had the privilege of helping you peak in the final two weeks. Although you did not get the placing you had hoped for, you certainly served notice that you are someone to watch out for. Additionally, you got amazing feedback from the head judge. How was the experience for you overall?

Moe: The experience was great and simply the next step in my learning curve. Regardless of placing I take something positive away from every competition. I felt good about my look and know I made significant improvements since the last time I stepped onstage. As long as I keep beating my former self, I know I am doing my job.

Eric: You and I will be working together off-season to help make the improvements needed to make an even bigger impact in 2021. I must tell you how honored I am to be your coach, especially because of how we met. Please tell everyone what you plan to bring to your next show that will make the judges drop their jaws.

Moe: The judges want to see me gain more muscle mass, but without gaining size on my waist. This will be the main directive for the off-season. Once its time to step onstage again I plan on keeping the added size - but also will appear harder, fuller and even dryer.

Eric: Thank you so much Moe for taking the time to do this interview with me. Before we go is there anyone you would like to thank?

Moe: I would like to thank you of course, as well as GASP for allowing us to do this interview. I also must thank Dave Bourlet and Jay Cutler, both of whom show me ongoing support. Thanks as well to the IFBB pro league, Icon Muscle, and most of all, my wife and kids for being so understanding and allowing me to pursue my dreams.