Blair Mone is an IFBB Pro Bodybuilder. Together with IFBB Pro Legend and 1995 Arnold Classic Champion Mike Francois he runs the Podcast Old Skool Muscle where they discuss all things related to Bodybuilding. We ask Blair some questions to get to know him better.

Where were you born and where do you live now? I was born in Springfield MA but grew up in Manchester Vermont. I’ve lived in few places; Syracuse NY,  Walnut Creek CA and Louisville KY. I currently live in Dayton OH. What is your training background? I’ve played sports all of my life. When I was younger, baseball was the sport I was most involved with. As I got into high school I was also a wrestler and Ice Hockey Player. I began training with weights at the age of 12 so I could be as big and strong as my three older brothers. Then to be better in all the sports I was involved with. I was also a huge fan of Arnold and Stallone movies and wanted to look like them. How did you get into bodybuilding? I rented Pumping Iron at our local small town movie store and quickly became obsessed. In fact I never returned the movie and got in major trouble with my mother for the bill we got! I didn’t have any interest in actually competing at that point but began learning about nutrition and training and soaking it all up to be the best I could be and to try and look like a bodybuilder. I would go to the store or book store in town and read the bodybuilding magazines but didn’t buy them because we didn’t have the money to. So I would try and read and put them back on the shelf before the clerks would see me. My freshman year of college is when I started to want to actually compete. It wasn’t until my sophomore year at Springfield college in Massachusetts when I met John Cena (who was a senior at the time) that I actually did a competition. John had competed before and took time out of his busy schedule to help me get ready for the show. I did my first show at 19 years old and won the Teen Overall and took 2nd in the Men’s Open Heavyweight division. At that point I was completely convinced that I loved bodybuilding and it was what I wanted to do! Where and when did you turn Pro? I got my Pro card at the 2015 NPC USA’s where I won the Super Heavyweight division. How is competing affecting the rest of your life? I have to use an old Arnold Quote for this one. That is “If one takes the discipline it takes to compete and applies it to every area of your life you will be successful!”  Not that I’m perfect at this but this is very true. Bodybuilding is about setting a plan and a goal and then executing that plan day in and day out without question or hesitation. Letting nothing stand in the way of it.....no excuses, and realizing it’s all on you. You can't blame anyone else for not being successful in reaching your goals. If you apply that to relationships, business or any part of your life than you will be successful in that part of your life. Where do you train? I train at the Powerstation Gym in Middletown OH. It is an awesome place. Old school hard core gym with any and all the equipment that one could ever ask for. It’s an environment that breeds great athletes. Pro fighters, powerlifters, IFBB Athletes, division 1 college athletes, and much more. Everyone there is like a family. It is run and owned by a 2 tour Vietnam Marine who also served 30 plus years as a State Trooper, Mike Ferguson! It’s a no BS place and if you don’t want to walk in and get after it there, you won’t want to anywhere! Are you preparing for competing 2019? Currently am planning on competing at the Chicago Pro here in July.  My wife and I are due to have our son any day now as well. So it will be a busy and exciting time! 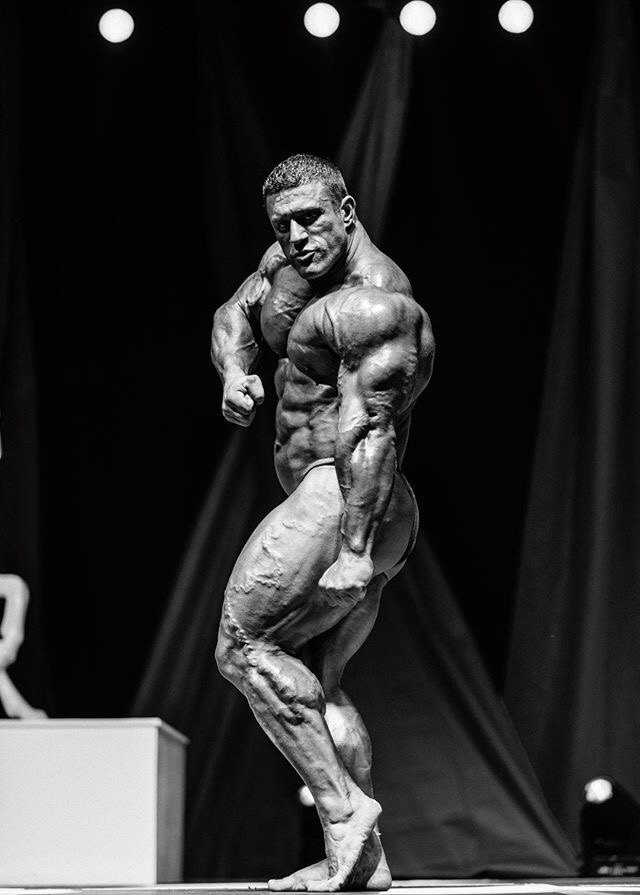