Grit From The Top Down - Michael Johansson's Pursuit of Excellence

Simply put the definition of a leader is someone who leads or commands a group, organization, or country. Our CEO Michael Johansson takes that description and elevates it to the max and in full GASP style.

Michael has always been an avid motorsports enthusiast with a definite love for life in the fast lane and this year he took his passion for motocross up a notch.

He really dedicated himself to being the best rider he could possibly be with the end goal being to race competitively at the World Vet Motocross Championship held at Glen Helen Raceway on November 6th. 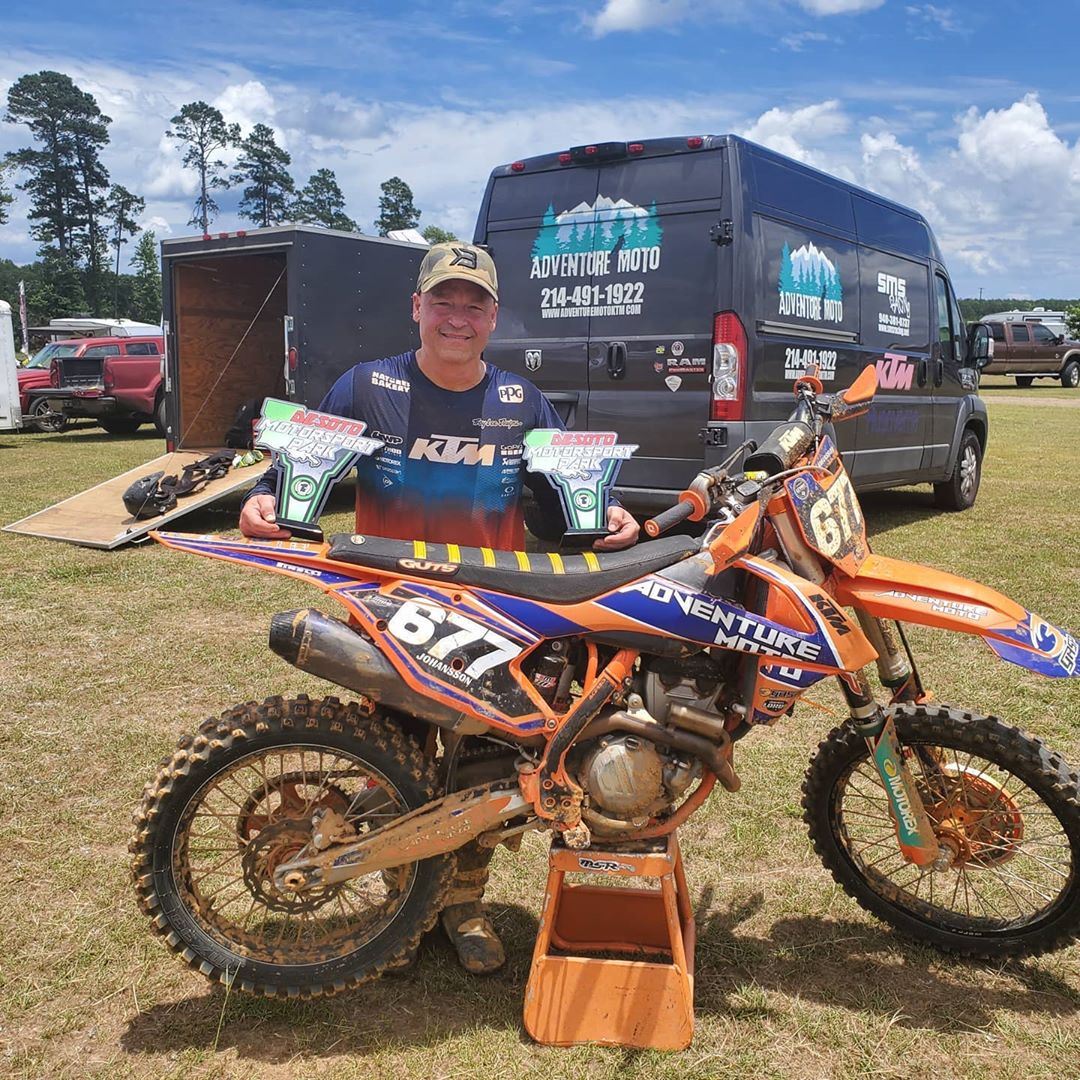 At the end of 2018 Michael began preparing for the World Vet at Glen Helen. During this time he spent a great deal of time working on his riding techniques, but he also took a new approach to his fitness. In addition to spending countless of hours at the track training to evolve as a rider, Michael also took his fitness evolution seriously. During this journey to Glen Helen, Michael made efforts to train a little different than he had before.  Bodybuilders and Motocross racers train in two quite different ways, so he had to adjust his body as well as the way he thought about training during this pursuit of his World Vet debut. 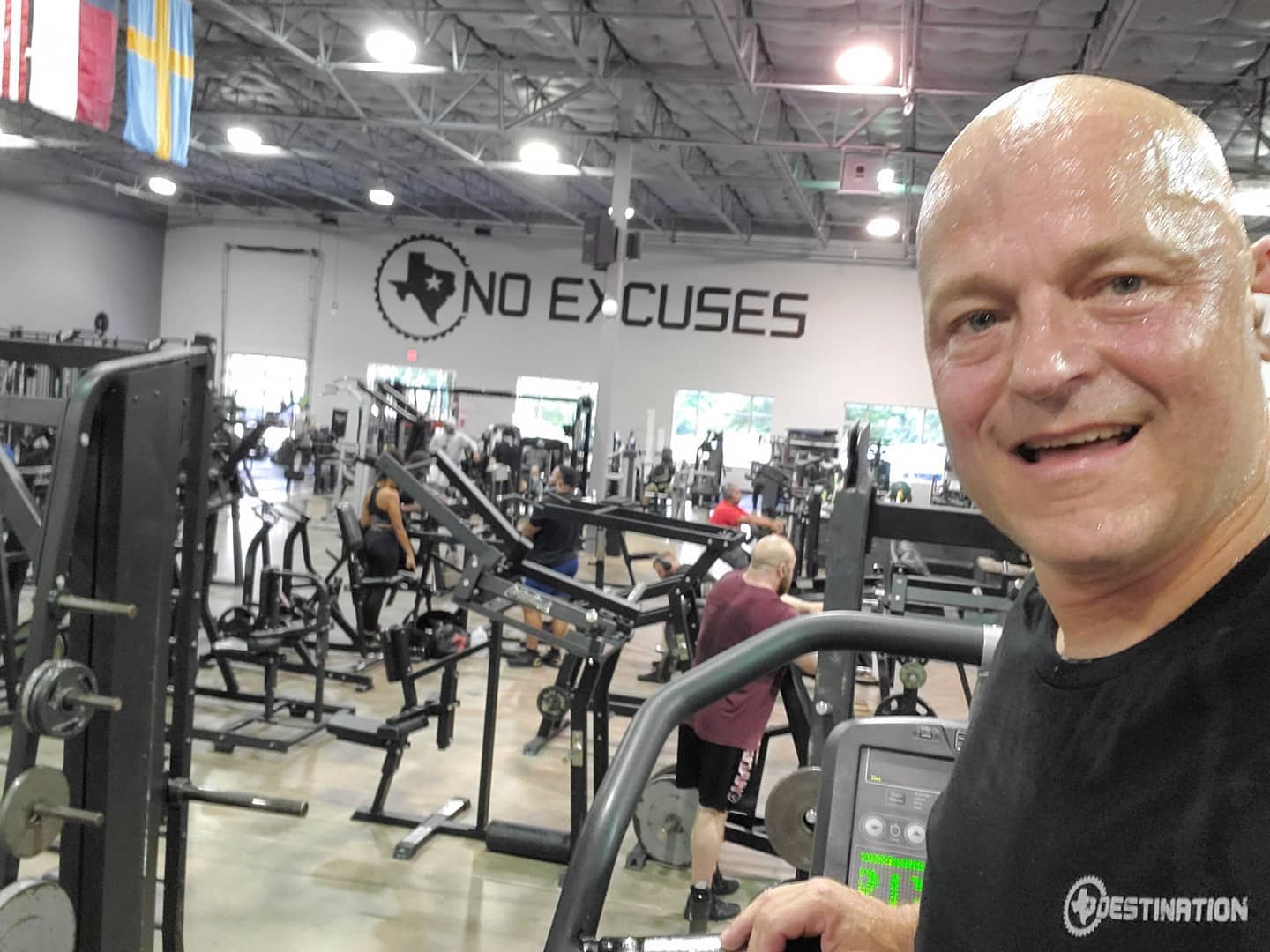 Michael by no means abandoned his iron core, as a former competitive bodybuilder, weight training will always be part of his fitness journey, but he did add more unconventional training methods to his regimen in order to give him the opportunity to be successful as a rider. 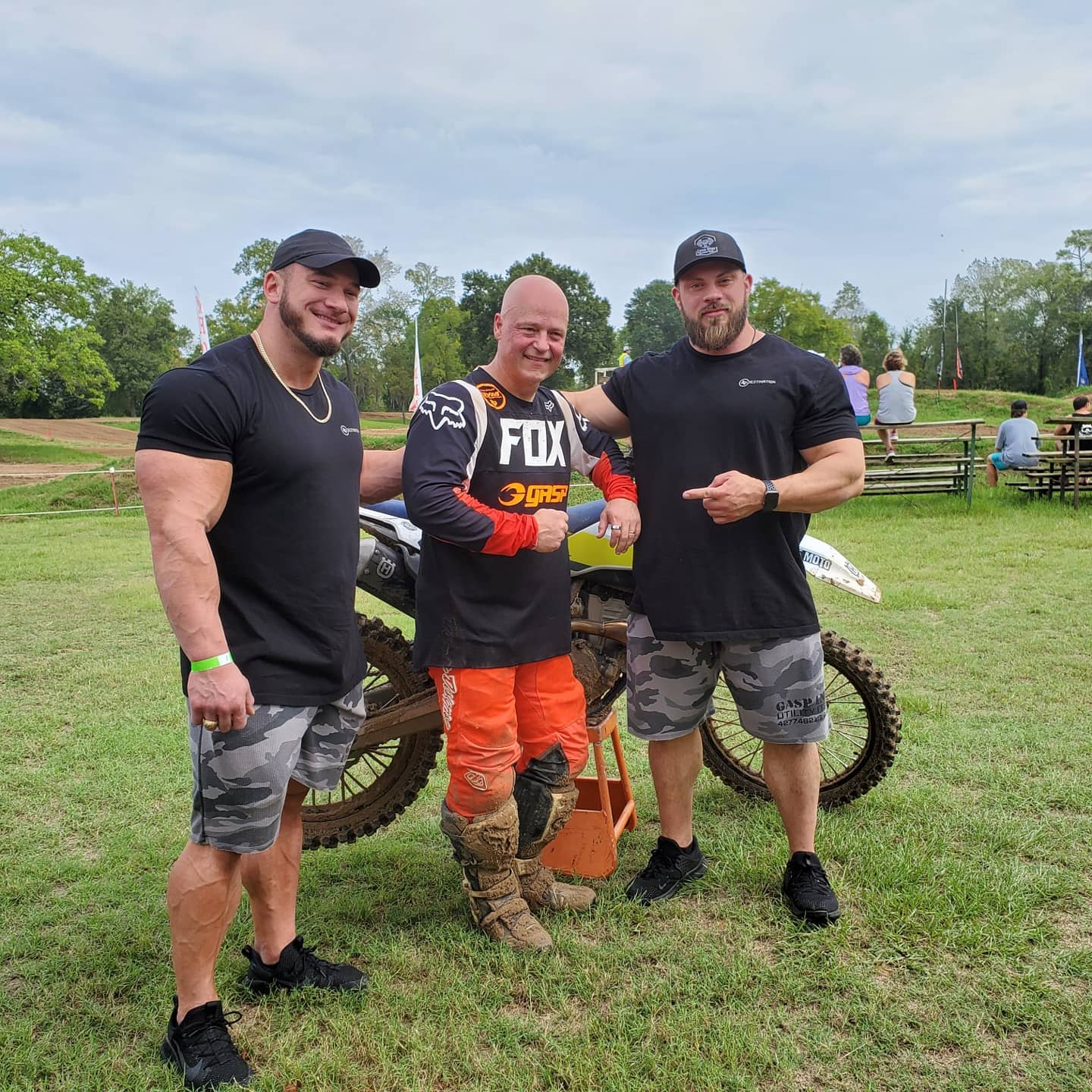 After racing race after race throughout 2019, Michael really began to develop from an avid moto enthusiast into a full fledged motocross racer putting him that much closer to really showing what he had at Glen Helen Raceway in San Bernardino, CA.

At the beginning of October 2020 it looked like Michael would have the opportunity to accomplish his goal. He had put in all the work and was performing at the top of his game. By all measures he was READY! 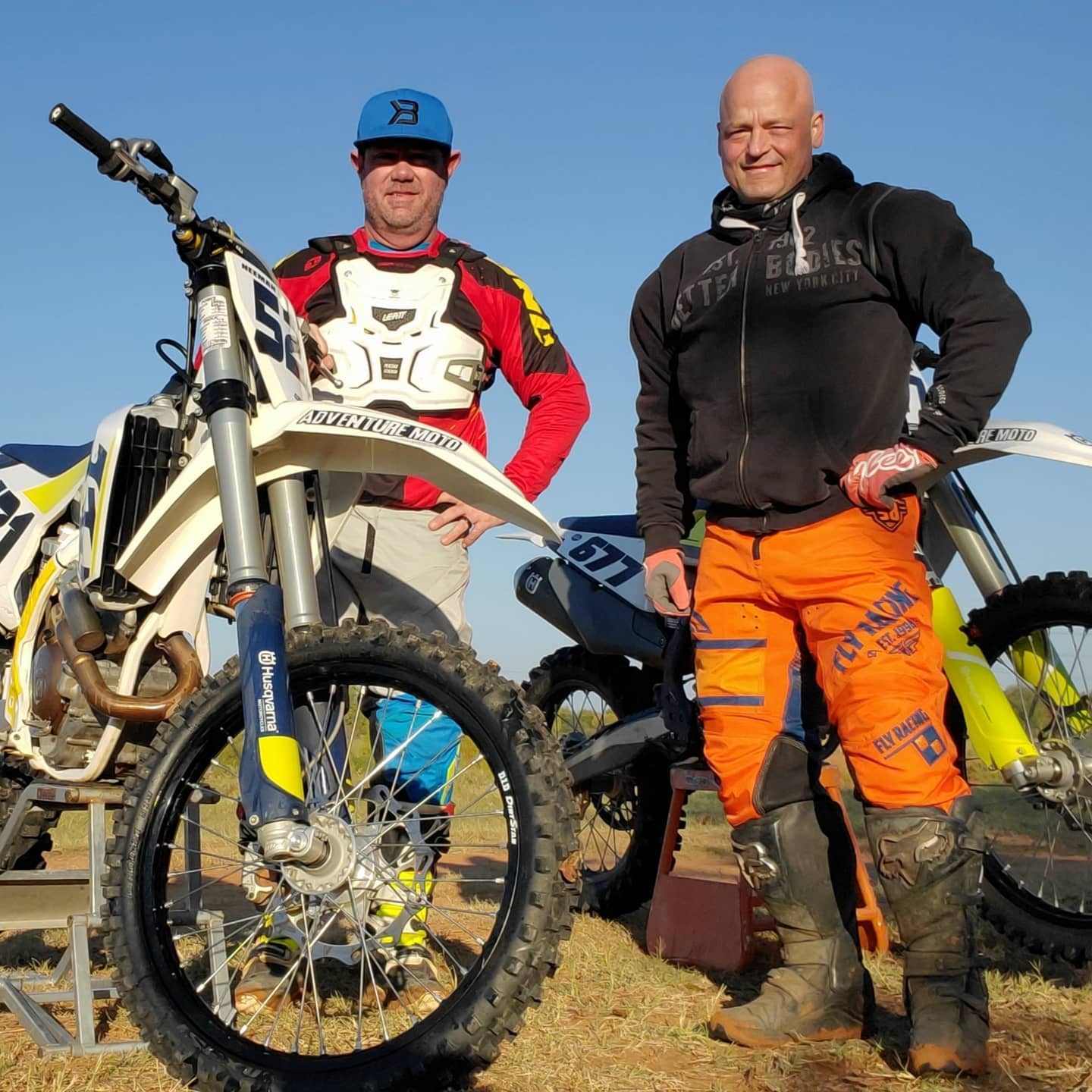 This past weekend as Michael prepared himself for the approach of the World Vet he took the chance to race one last time before heading to California. Michael was riding at his best during last weekends race and it looked like he was well prepared for the race in San Bernardino, until the day out that was meant to be a brush up ride took a turn for the worst.

Michael ended up crashing during one of the weekends motos, but to no fault of this own. As mentioned before he was riding at the top of his game, but in racing some time you are at the mercy of the ability of the other riders. While chasing down another who at the very last second chose not to attempt a jump, Michael was forced to make a split second decision to either maintain his line and potentially land on the rider or take a risk by landing just outside of the boundaries the prepared track. 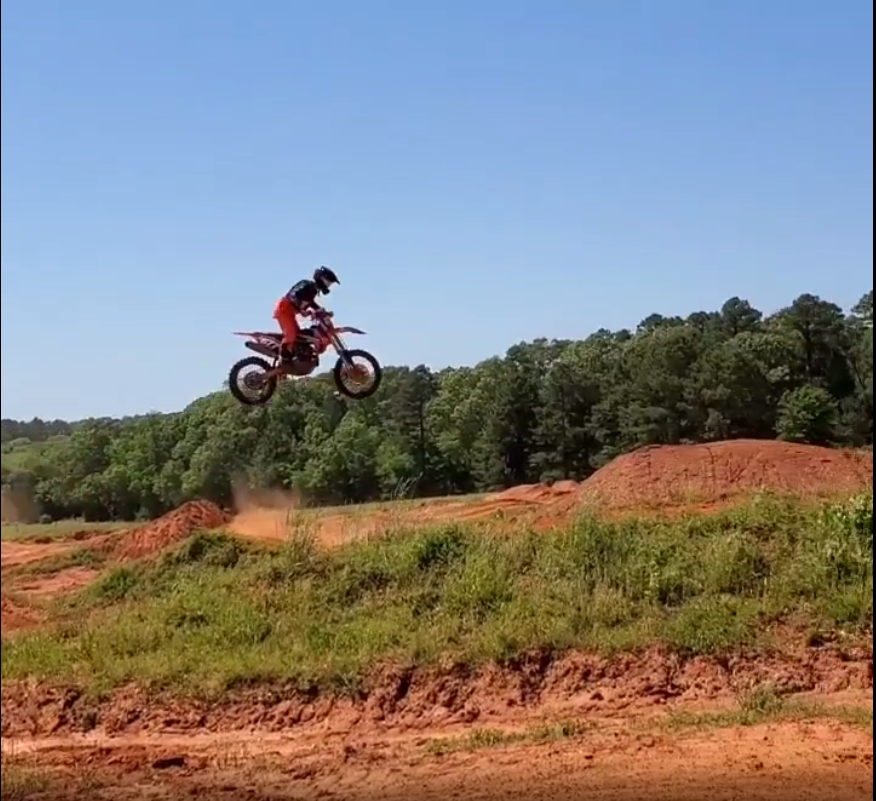 Being a fierce competitor as well as compassionate person Michael chose the latter and the other rider was able to ride away unharmed. That noble choice caused Michael to crash and leaving him too banged up to finish the race and potentially making it difficult to get himself  healed enough to make the World Vet. 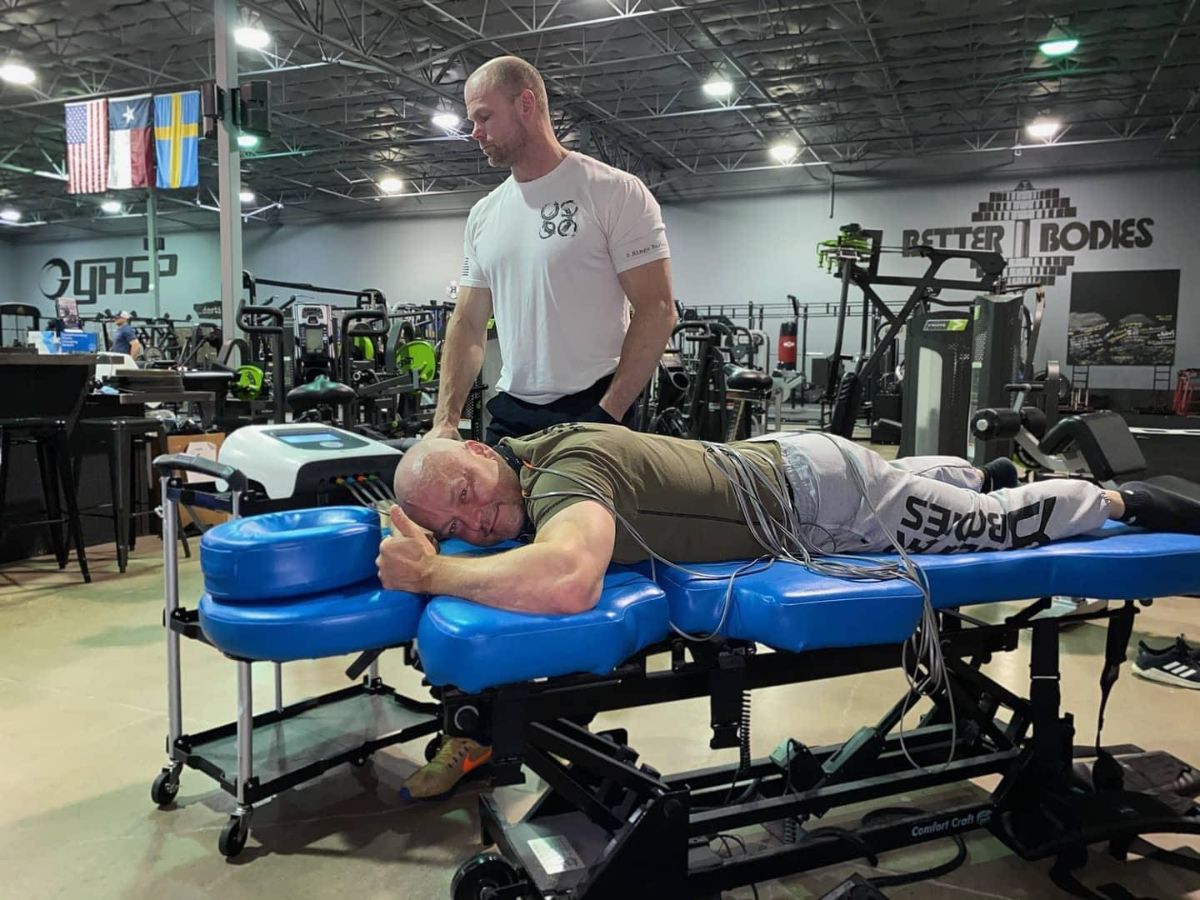 On Monday morning just days after crashing Michael showed us all that he lives the relentless lifestyle, as he made no excuses and was in the office at 7 am at his post as the leader of the GASP, Better Bodies and Destination team.

Michael is still waiting to hear from doctors on the extent of his injuries, but he has already begun his road to recovery working with Destination based specialist and Neufit practitioner Patrick Brennan, while weighing his option to see if he will still make his long waited appearance at the World Vet Championships.

Help us wish Michael the best as the heals and prepares for the next step on his uncompromising pursuit of excellence.