Let's talk about Wrist Wraps, in particular the GASP Wrist Wraps and explain the difference with some guidance on our various models. History We’ve been making wrist wraps since 1996 and its started with our other brand Better Bodies. The first GASP Wrist Wrap came out in 2004 and we named it the Hardcore Wrist Wrap. It became an instant success with the classic black and yellow color. This is one of the bestselling wrist wraps in the world and It’s definitely a GASP Icon Product that you recognize across the gyms. Our testing is always ambitious to be on a “next level” and with that it involves the best athletes in the iron game. Part of their responsibility with us is to test the products and make sure that we evolve and improve and perfect over time. It's through this extensive testing with trial and error, different Velcro patches and reinforcement of the thumb loops we turned the Hardcore Wrist Wrap into what it is today. Hardcore Wrist Wraps This is a 13 inch wrist wrap. We recommend it for someone who wants to wear the wrist wrap through the entire workout. When we came up with this product most other wrist wraps that was available for competitive bench pressing was really long with a ton of elastic in them so they were really hard and uncomfortable. We decided to make our version a little more user friendly to be more of an all-around version. So if you’re someone that wants to have wrist support but you don’t necessarily need a cast on your hand this would be the best choice. It can be used throughout the whole workout and easy tighten it, loosen it. It comes with a thumb loop like all wrist wraps and for those of you who don’t know, the best advice is to wrap it around the thumb and then pick your desired tightness, and when you’re ready for the set you just pull it off your thumb. Our black on black version of the Hardcore Wrist Wraps do the same thing but have a more discreet appearance. 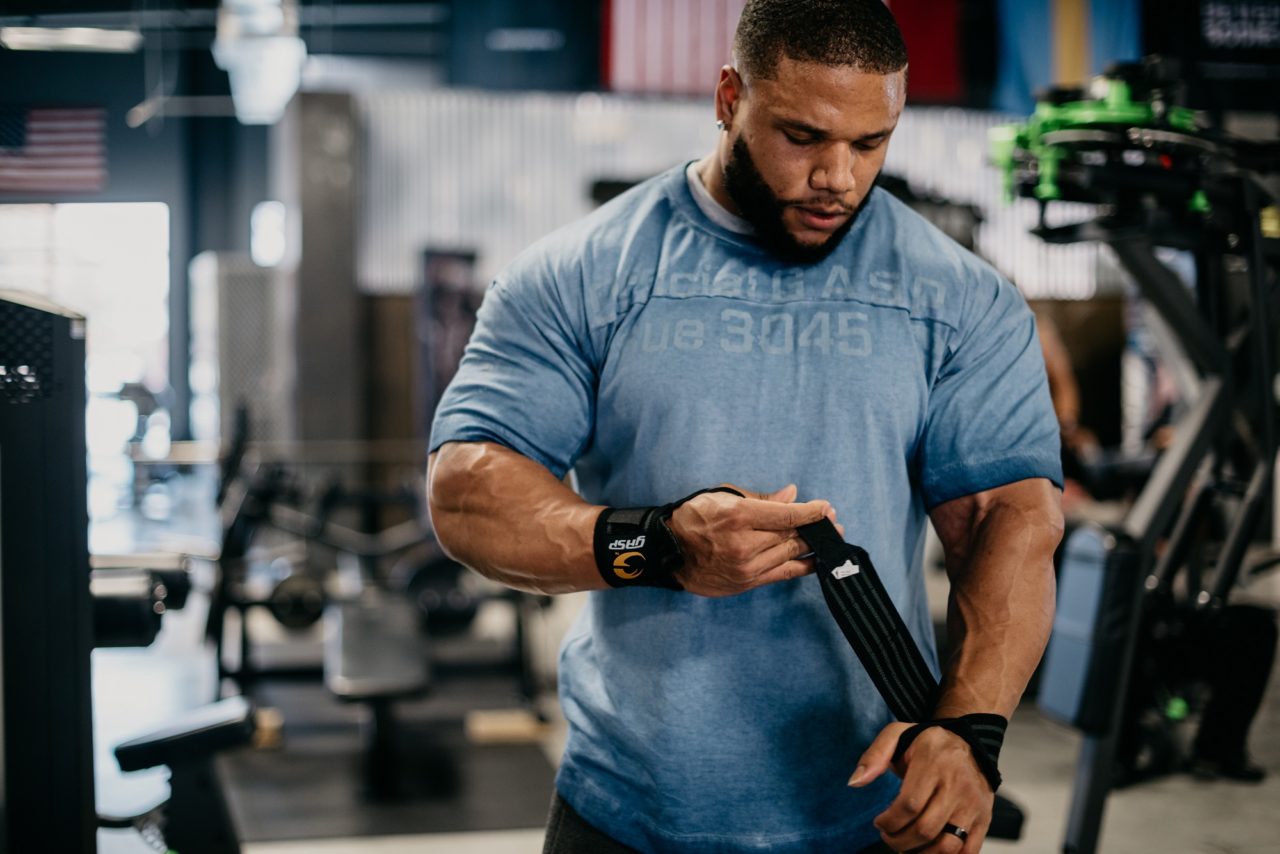 GASP Wrist Wraps GASP Wrist Wraps Is an 18” inch wrap with the logo weaved into the elastic. It's close to the Branch Warren Wrist Wrap in that it’s also 18 inches long and has the increased contact patch of Velcro. Just different in appearance, and if you’re someone who want to wear wrist wraps through the entire workout and really want to get it tight, then this one would be a good choice for you. GASP 1RM Wrist Wraps And then we have the 1 RM Wrist Wrap or One Rep Max. This is among the most rigid of the wrist wraps that we make. It’s 18 inches, and only has a 5% elastic, compared to the rest, and will be the tightest on your wrist as it has the most resistance to it. You’ll probably only wear this if you’re doing some very heavy lifting and want that ultimate support. Doing heavy bench pressing or pressing movements is probably when it gets used the most, wrapping your wrists really tight and then almost completely taking them off in between the sets. World Off Wrist Wraps The World Off Wrist Wraps were recently added to the assortment. It is an 18” Wrist Wrap and a collaboration product with our GASP athlete Guy Cisternino. With Guys feedback we came up with this wrist wrap being longer in length than the Hardcore Wrist Wrap but with the same rigidness as our One Rep Max. It has less elastic and will be the tight on your wrist as it has more resistance to it. It has the “World Off” emblem and comes in dark grey/black, and has a big Velcro patch for support. You’ll probably wear this for very heavy lifting. 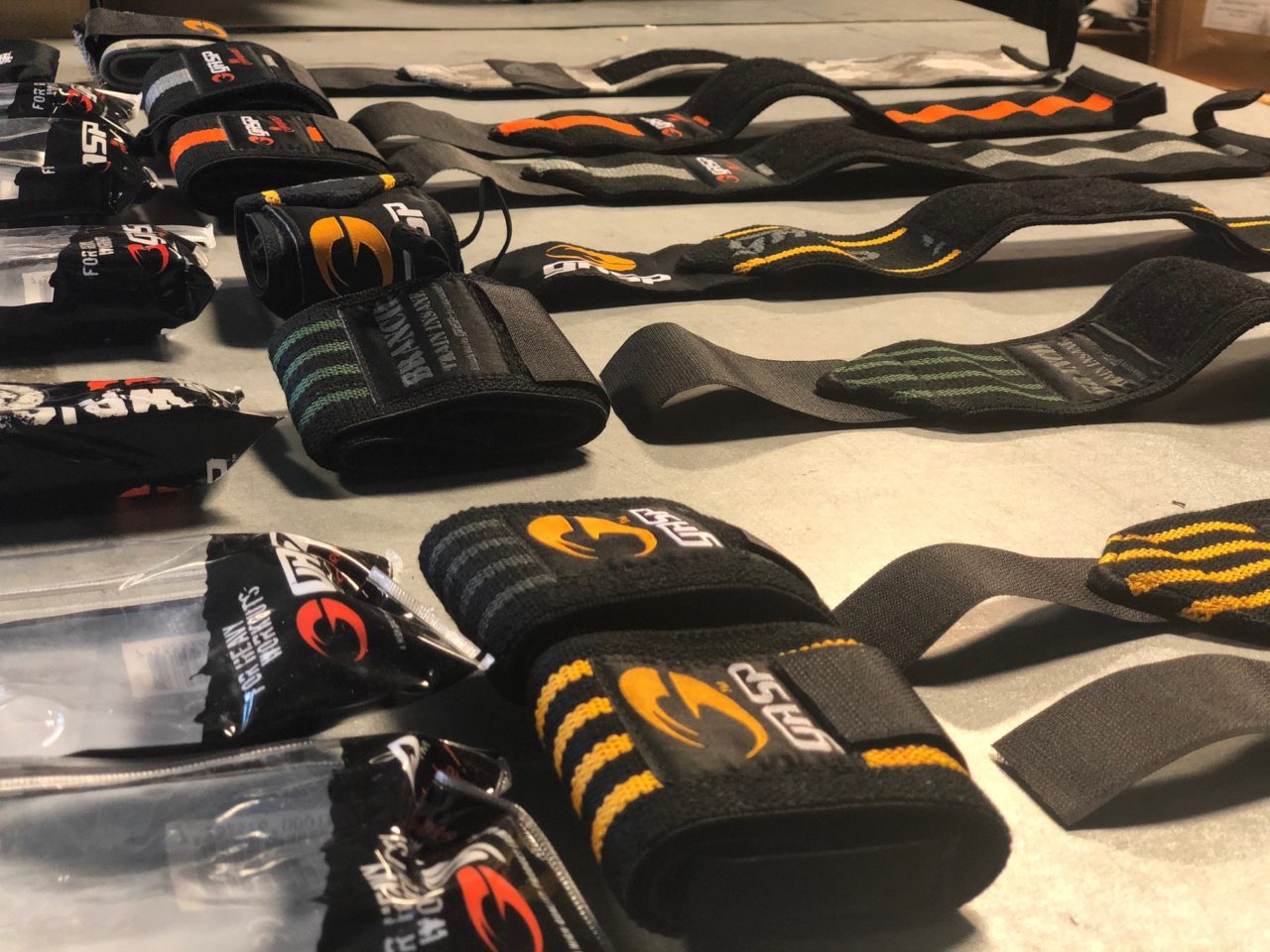 Which ones to choose? Your training style is probably the deciding factor on which of these you use. And a lot of people own a variety of these wrist wraps. Maybe it’s arm day and nothing overly heavy on the schedule, then the Hardcore Wrist Wraps give you a bit of extra support and you can wear them through the whole workout. Maybe for something like shoulders or chest you want something with a little more support to it, more contact patch on the Velcro and a tighter wrap. Maybe your wrist is hurting and you want a little more firmness then the Branch Warren edition or the GASP Wrist Wraps will be the best choice. Maybe you’re going through a strength phase, or you’re just lifting for strength - whether it is powerlifting or performance training then the 1RM would be a good choice. Basically, find the wrist wrap that fit your training style, or maybe you need a variety of tools depending on the type workout that you’re doing.