The 212 Olympia title is up for grabs so the expo arena is standing room only as prejudging starts and the head judge makes the first call out. It is known, at any level of bodybuilding competitions where a class has too many competitors to be compared at once, call outs are used to compare athletes instead of comparing the class as a huge group. This is why being in the first call out usually determines a top placing. Here at the 2019 Mr. Olympia 212 Derek Lunsford, Shaun Clarida, Hidetada Yamagishi, Ahmad Ashkanani and Sami Al Haddad and Kamal Elgargni were in the first callout. The clear top 3 after this round are Shaun Clarida, Derek Lunsford and Kamal Elgargni as they were told to leave the stage and the rest were kept on for a second call out with other 212 pros. 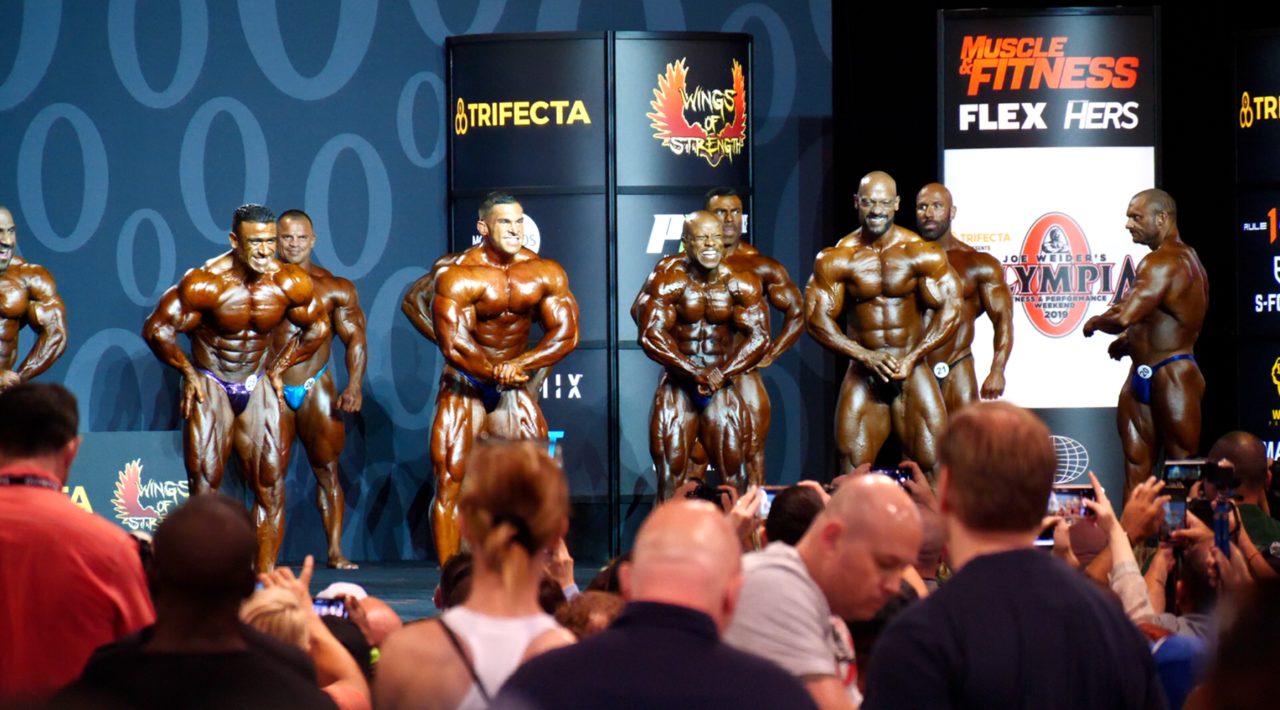