The NPC Johnnie O. Jackson Classic started out as just a dream and then a wish, and 5 years later a reality for the Pro Bodybuilder. The show was established in 2014, and at that time it was not a National qualifying show. Johnnie was told he would have to earn the right to have a National qualifying show. He looked for a venue and found the Will Rodgers Auditorium to be the best place to establish the show. GASP soon after jumped on board to support him, and we still continue to support the show. Already at year 2, the NPC Johnnie O. Jackson Classic was accepted as a National qualifying show. Johnnie also added other events like Powerlifting, strongman etc. to the event to make it into an interesting expo. As he is turning the corner on the 5th year of the JOJ Classic, Johnnie says he is excited about the direction the show is headed. “I’m looking forward to the upcoming year, and what I have in store for all the returning and new athletes.” – Johnnie O. Jackson Mark your calendar for August 24th, 2019 if you want to take part in the 5th Johnnie O. Jackson Classic. Click HERE for more info. 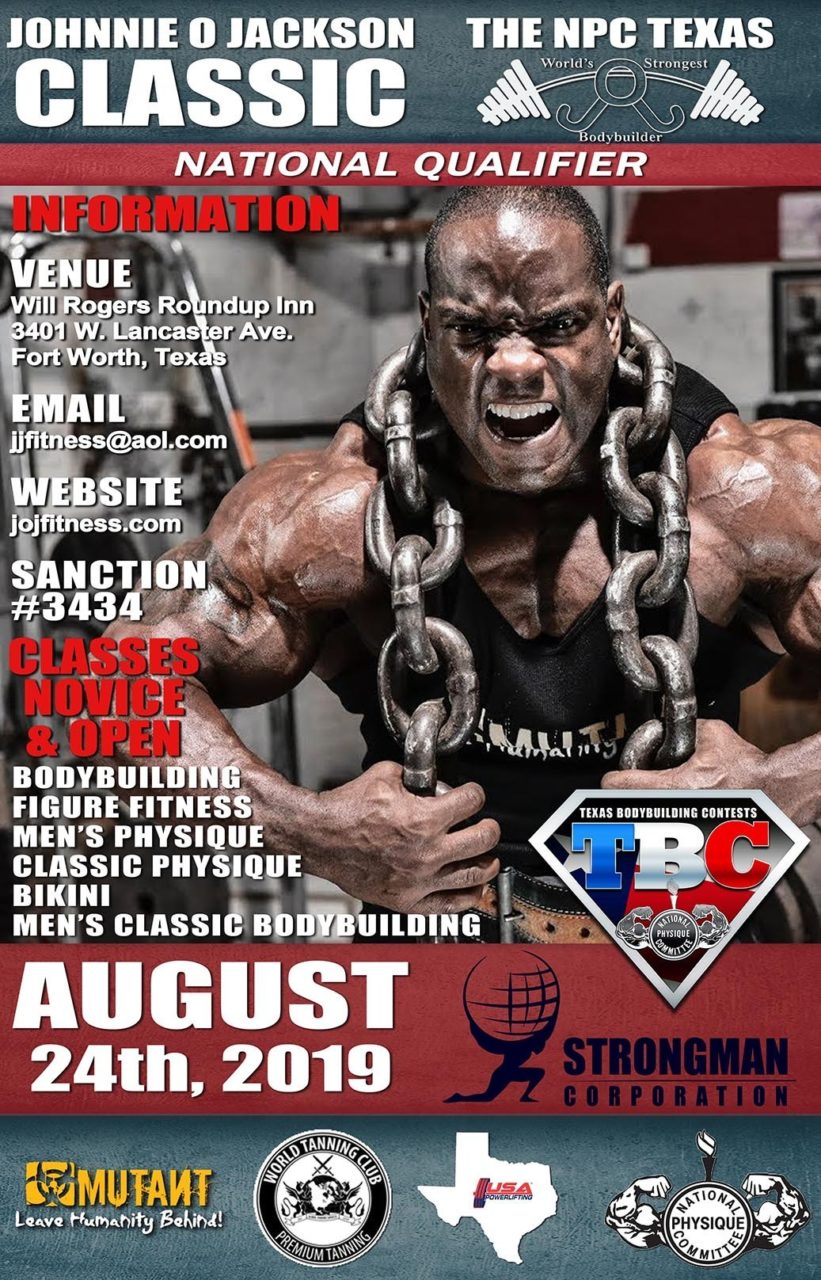