I am thrilled to present to the GASP community another interview with one of my star students, and veteran GASP ambassador, Mark Durando. He had quite an exciting year in 2020 and established himself as a real “force” in the NPC Classic Physique division. I sat down with him to discuss how the 2020 competitive season turned out and what is ahead for 2021.

Eric: So, this was some big year for you! A victory in both bodybuilding and classic physique at the NPC West Coast Classic, and then a 5th place in a stacked lineup at the USA’s! How do you feel?

Mark: Yes, this was a big year for me as I left my “mark” at both the NPC West Coast Classic and the USA. Earning first place in both Classic Physique and bodybuilding (at the WCC) was a huge accomplishment for me personally. I have placed in the top 5 several times, but never earned a victory – let alone two at a single show! As for the USA, when I was in first call out, I knew I had a shot at a top placing and fought as hard as possible. When I heard my name called in 5th, I was literally overjoyed! 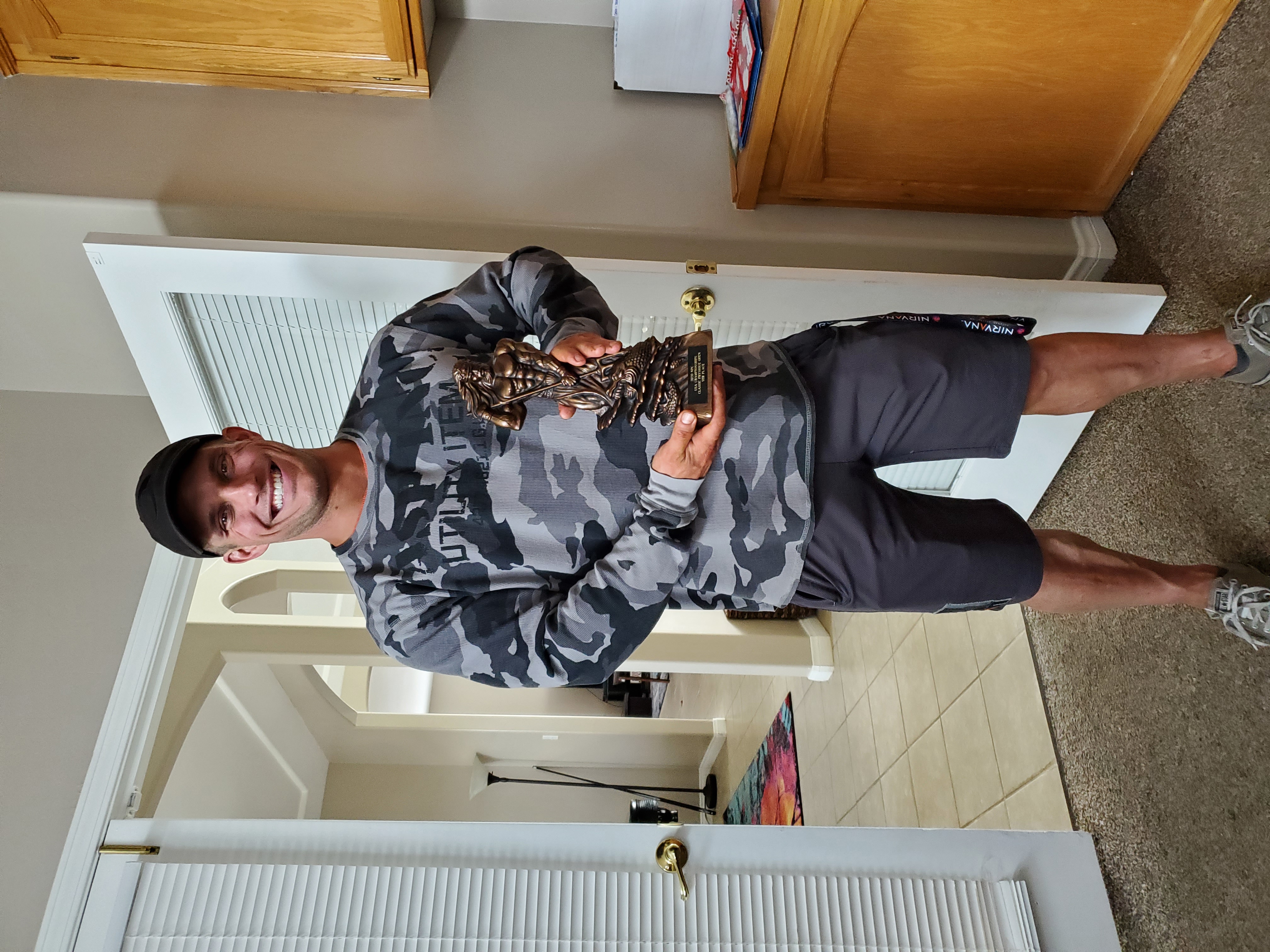 Eric: What major improvements do you feel you made in 2020 that launched you to this higher level as an athlete in the NPC?

Mark: The MAJOR improvements I feel I made would be my combination of size and condition all around. I have been bigger, but not as ripped, and also very hard, but not as full. This time I had the best combination of each. I added size to key areas like my back, chest and shoulders, while at the same time reducing the size of my waist.

Eric: Looking back, you really began preparing for shows from early 2020, and literally dieted all year long because competitions kept getting cancelled and moved. How did you manage to stay on track for so long?

Mark: Honestly, it was the toughest thing I have ever done in my bodybuilding career. Every time the WCC was canceled and moved to a later date, it really tested my mental toughness. It was frustrating having a plan with my coach and then constantly having to alter it. However, I knew I could not and would not quit because I was incredibly determined to crush my best ever look onstage.

Eric: The first time you competed at the NPC USA, you did so in the bodybuilding division, and placed 13th out of about two dozen competitors. This past December you jumped into the top 5 in the classic division. First of all, how exciting was it to hear your name for the initial callout at prejudging? And second, are you leaving the bodybuilding division entirely and focusing only on classic?

Mark: Oh man, I was on fire when they called me to the line-up for first call outs. At that moment, I was on cloud nine and already feeling like I had won by just getting to that point. As of now, yes, I will focus entirely on Classic Physique not stopping until I get my pro card and then making it one day onto that Olympia stage.

Eric: David Bourlet, who is the content manager and videographer for Jay Cutler TV mentioned to you while filming an episode of “B Built by Broser,” that you made more improvements in 2020 than you have in any previous year. With all the craziness – gym closings, food shortages, etc. – how did you manage this?

Mark: In my mind, the year 2020 came down to three options: 1) Throw in the towel entirely and focus on the following year, 2) Keep going while allowing the events of the year keep me from being my very best, or 3) SUCK IT UP AND PUSH FORWARD with 100% drive, discipline, dedication and focus – simply letting nothing stand in my way. Obviously, I chose number 3. Besides, you (my coach) would not have let me pick any other option except for the third!

Eric: Looking at your posing routine at the USA this year, it is obvious that you work extra hard on this aspect of preparation. Who are your inspirations as far as posing go, and why do you feel presentation onstage is so important even though the posing round is not really judged?

Mark: One thing you have always taught me, and that I personally feel, is that posing is an art, and should be treated as such – and this goes especially for the Classic Physique division. I have many inspirations in this arena, but the first names that come to mind are Lee Labrada, Mohamed Makkawy, Bob Paris and Frank Zane. I believe that this sport is one of passion, and that posing is the most profound way we can show the world what all the hard work is for

Eric: So, the Olympia has just recently passed, and Chris Bumstead repeated as the winner. Do you feel he deserved it? Who do you think the biggest threat to his crown will be in 2021?

Mark: First, I have to say that Chris (Bumstead) showed us all why he is Mr. Olympia. He made huge improvements between 2019 and 2020 Olympia, and really is an incredible representation of what “Classic” should look like. As for 2021, I think Chris’s biggest threat would be Terrence Ruffin, because he is an amazing poser and another great example of what this division is all about.

Eric: Talking about 2021, what goals have you set for yourself? What do you want to improve upon in terms of your physique? Additionally, do you feel confident that you have a shot of earning a pro card this year?

Mark: For me, I need to focus mostly on width. I will work hard to widen both my shoulders and back so as to create a more impressive “X-frame.” I also want to continue to “refine” my physique, bringing about even more detail and maturity. And without a doubt, I want to bring a posing routine that will have the audience on their feet! 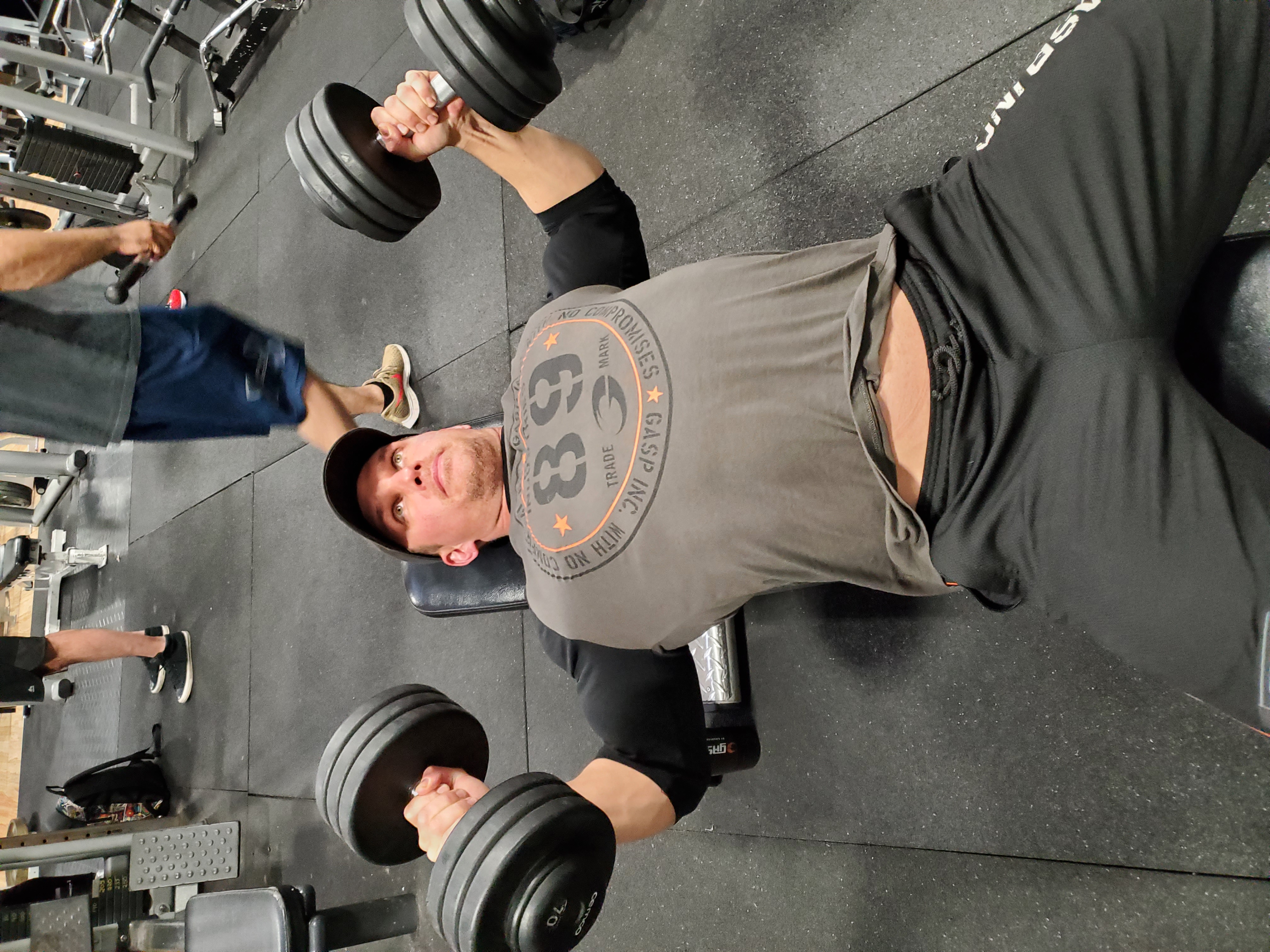 Eric: Just like myself, you basically “live” in GASP clothing! As an athlete and ambassador what new things would you like to see GASP come out with this year?

Mark: Oh wow, that’s a tough one. When I think about it, I would love to see GASP come out with more styles of hats and some unique patterns for all of their clothes. But number one on my list would be some GASP sneakers for the gym! That would be so cool!

Eric: Final question (for now). If you and I got to visit Destination Dallas for a single workout, what body part would you want to crush while there?

Mark: Legs all the way!

Eric: Ha! I knew that would be your choice! Thank you Mark for taking the time to talk to me. And as your coach, all I can say is --- LET’S DO THIS!